Lady Elanna Valtai is fiercely devoted to the King who raised her like a daughter. But when he dies under mysterious circumstances, Elanna is accused of his murder and must flee for her life.
Returning to the homeland of magical legends she has forsaken, Elanna is forced to reckon with her despised, estranged father, branded a traitor long ago. Feeling a strange, deep connection to the natural world, she also must face the truth about the forces she has always denied or disdained as superstition powers that suddenly stir within her.
But an all-too-human threat is drawing near, determined to exact vengeance. Now Elanna has no choice but to lead a rebellion against the kingdom to which she once gave her allegiance. Trapped between divided loyalties, she must summon the courage to confront a destiny that could tear her apart.

Add to your Goodreads | Buy this book | About this Author

I received a copy of this book through Netgalley in exchange for an honest review. This does not sway my opinion in any way.

While this book wasn’t a huge hit with me, I definitely wasn’t mad that I read it. I saw a lot of potential throughout the book and I really did enjoy the magic and the basic premise of the story. The only thing I wasn’t so keen on was that I had a hard time falling in love with the characters.

The main premise of this book is that Elanna, our main heroine, is a girl who grew up as a political prisoner in a country that has taken over her homeland. She now considers the King who captured her more of a father then her actual father (we will get to this a bit later). The one thing nobody knows though is that she has hidden powers that allow her to control the earth around her. I enjoyed this form of magic that she portrays throughout the book and (without giving away too much) I love how she grows into these powers. I also like that she wants to be a botanist and learn about plants, which goes along with her powers. But all of these plans she sees for herself are thrown out the window when the king is mysteriously killed and she is blamed for it. She is now thrown back into the life she thought she would never know and goes on a wild adventure to prove her innocence and free her homeland from the country she thought was home.

This story had a great base to it but I felt at times it fell flat. I wasn’t as keen on all the relationships throughout the book, I didn’t feel like I wanted to root for any one character or relationship to happen. She flipped/flopped a lot with how she felt about characters. For instance, it seemed that Elanna wanted a good relationship with her father one moment and at other times she would totally forget about him and act like he never mattered to her. It was confusing at times. I did enjoy her adventure throughout the land though, and how she had to meet all different types of people in her homeland, it helped her rediscover the place she was born and was meant to be in. It also helped her discover the magic that has always lived inside her.

Another downfall for me was that the story itself sometimes felt like it was being dragged along and some parts probably could have been cut out or condensed. Mostly this was because of repetition of thoughts and feelings over one character that I felt could have been summed up in a couple pages, when in fact, it took a few chapters. But all in all, a good writing style that helped build a good picture in my mind. Overall I gave this book 3/5 stars. While it wasn’t my favorite book, I would definitely read something again by Callie Bates in the future.

This book came out July 4th, 2017, I think it deserves a chance if your looking for a book to read.

Question: Have you read this book? What are your thoughts? 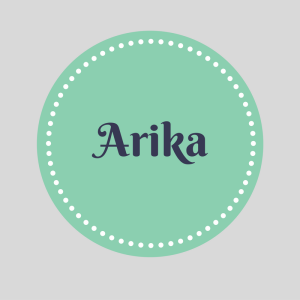