This weeks theme is Top Ten Reasons I love X…could be ANYTHING book related or not. And let me tell you…this is tough to narrow down to one topic. I have bounced around with doing a book theme, such as why I love a particular genre or character. I have thought about doing non-book things that I love, because even with reading being a big thing about me it’s not the ONLY thing about me. I have gone back and forth, and decided to do something a bit more personal. So please, bear with me. I want to keep it light and fun. I want to make this something to bring a smile to your face.

Today would have been my dad’s birthday. And I have been having a hard time with a lot of things, and missing him has been huge lately. So today I want to concentrate on the positive. So this week I am going to share ten memories of my dad.

I am really happy to have had him in my life as long as I did. I am so happy to have called him my dad. And I hope that these memories make you smile. They sure did for me.

Next week I will get back to more bookish topics for my Top Ten Tuesday. This just really fit this week. It’s kind of a look at my personal life.

Anyone else have any fun memories of their parents from when they were younger? 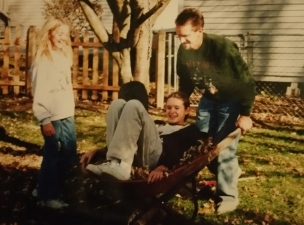 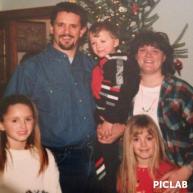