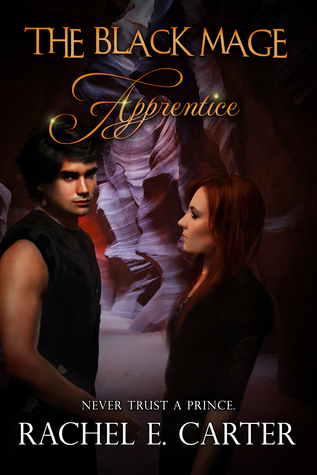 She survived a trial year at the Academy, but that was just the easy part… Now sixteen-year-old Ryiah is an apprentice of Combat, her school’s most notorious faction of magic. When she finishes she will be a mage, but in order to do so she has to survive four years with a training master she hates and her old nemesis, Priscilla. To make matters worse the unwanted attraction Ry feels for her sometimes-friend-sometimes-rival Prince Darren is at an all time high –even though he is betrothed to the very girl she can’t stand.
Really, the only bright spot to Ryiah’s new life is the time she spends with her friends, including an older apprentice named Ian, who she finds herself thinking about quite often.
Just when things start to get comfortable they take a turn for the worse. An apprentice is killed in a rebel attack and several mages end up dead. Unwittingly, the apprentices find themselves in the midst of a budding unrest between Jerar and its northern neighbor, Caltoth. For Ryiah the impending conflict means many things, but as her apprenticeship draws to a close she finds her biggest problem at home.
Unfortunately for her, Darren’s not going anywhere.

Click here to add this book to your Goodreads

BEFORE YOU CONTINUE READING…This is the 2nd book of the series. If you have not started this series then you should check out my post about First Year (Black Mage #1) before reading on. I promise to keep out any and all spoilers (which will be NO easy task)

Basically this book has become one of my favorite sequels. It was everything I anticipated (AND MORE!). How often is it that you can honestly say that the second book was even better than the first amazing book in the series (ok, there are a few so can we add this one to the club of kick butt second books? K thanks). As I promised I will give away no spoilers (because I hate so much when people do that, especially with a book in a series that you haven’t even started yet). So here are some of my non-spoilery thoughts (all my spoiler filled thoughts went straight to my dear friend Arika because YOU NEED THAT KIND OF SUPPORT. This book is an emotional roller coaster)…

Bonus: uhmmmmmm, was I the only one blown away by that ending!? I honestly did not see it coming and if you have read the book then WE SHOULD TALK!

I seriously cannot say how much I loved this book enough. I am so scared that I am not giving it the accurate praise that it deserves and that my words just cannot show my intense love for this series. It was such an amazing continuation of the series. Rachel has this way of making characters seem real and relate-able that I personally do not always get in fantasy. Thank you for that Rachel. If you have not jumped on this series yet and you are a fantasy lover I highly suggest you do so! It is such a fun adventure with some amazing characters (and some serious swoon).

Book 3 (Candidate) comes out soon so jump on this one soon!

Have you read this book or series? What are your thoughts?