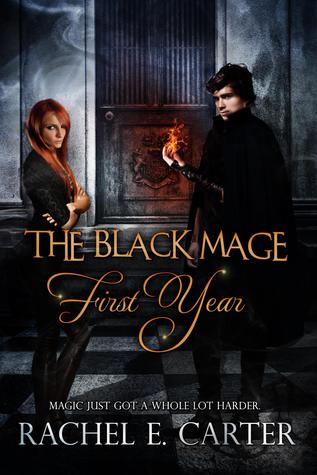 Before the age of seventeen, the young men and women of Jerar are given a choice-follow tradition, or pursue a trial year in one of the realm’s three war schools to study as a soldier, knight or mage…
For 15-year-old Ryiah, the choice has always been easy. Become a warrior and leave the boring confines of her lowborn life behind. Set to enroll in the School of Knighthood on the eve of her next birthday, plans suddenly shift when her twin brother discovers powers. Hoping that hers will soon follow, she enrolls with Alex at the Academy instead -the realm’s most notorious war school for those with magic.
Yet when she arrives, Ry finds herself competing against friend and foe for one of the exalted apprenticeships. Every “first-year” is given a trial year to prove their worth -and no amount of hard work and drive will guarantee them a spot. It seems like everyone is rooting for her to fail -and first and foremost among them Prince Darren, the school prodigy who has done nothing but make life miserable since she arrived.
When an accidental encounter leads Ryiah and Darren to an unlikely friendship, she is convinced nothing good will come of it. But the lines become blurred when she begins to improve -and soon she is a key competitor for the faction of Combat… Still, nothing is ever as it seems -and when the world comes crashing down around her, Ry is forced to place faith in the one thing she can believe in -herself. Will it be enough?

Add The Black Mage: First Year by Rachel E. Carter to your Goodreads!

Purchase The Black Mage: First Year here! (because you really should just do it!)

This is a book that my dear friend Arika kept nagging on me to read, and I realized that not only does this book sound awesome (why else would I have purchased it in February?) but that I probably owed her one right? Ha yea I know, whatever makes me feel better for sadly putting this book off right?

This book was a lot of fun. Honestly, it was. It had its darkness but it was one of those worlds that I could get lost in and enjoy. It was a great start to a series that I am definitely looking forward to diving into more. It was also a simple fantasy, which I loved. I read SO MUCH fantasy as of late and though I adore it, I do find that sometimes I feel like there are so many rules and so much going on that I have to take a lot of reading breaks and such. Not the case with this one. It all made sense, and it kind of made things simple and easy to get in to without making me feel like I am an idiot when it comes to fantasy. I loved it. Here are three reasons I think could get you to give this bad boy a try:

BONUS: A non-gushy but slow burn romance, a love of family (and a family that is supportive and awesome), real feeling characters (that mean girl that every story has was in there, and I did not like her and felt she were all too real).

I really enjoyed this book. Even with the reality of life getting in the way I feel like it flew by. It was one that I got invested in right away and ended not exactly how I was anticipating. I am very interested how the ending of this book will play into book two, which I will be purchasing very soon! I am very excited to see what is up next for Ryiah, Darren, and everyone else!

Have any of you read this book? I would LOVE to know your thoughts if you have. If you have not read it, is this something that you would add to your TBR?